Elvis, JFK and It Happened At The World's Fair 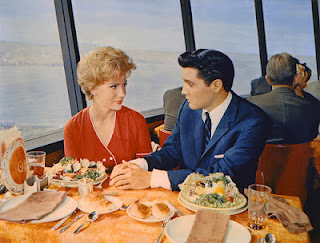 Albert Fisher has had many eyebrow-raising adventures during a long career as a film and television producer, director, creator and writer.   It may seem unusual, then, to discover that some of his most vivid, most memorable experiences occurred 50 years ago, during a spring-summer temp job.

Of course, the job was at the Seattle World's Fair, at a time when anything seemed possible — because it often was.

In March of 1962, Fisher, who was working at a TV station in his hometown of New Orleans, received a call from a friend who was working for the upcoming fair.   A coordinator was needed for for TV and movie productions.  Was Fisher interested?

"I hung up the phone, quit my job and got on the first flight available, because I knew this would be an opportunity that would change my life... and it did," recalled Fisher from his Los Angeles home last week.

Albert Fisher was just 20 years old when he packed his bags for the Jet City.  No, that's not a typo.  Twenty.  As he was packing, the future film executive took a moment — just a moment — to contemplate his leap.

"Here I am, on the spur of the moment, I'm going to move to Seattle," Fisher recalled pondering.  "I thought, 'Well, if Seattle isn't the end of the earth, you'll probably be able to see it from there.'"  He had never seen mountains, snow or the Pacific Ocean before.

Fisher said that he was immediately dazzled by the Northwest's scenic beauty, but didn't have a whole lot of time to take in the sights.   There was work to be done, amid the frantic charge to complete work on the grounds (now called the Seattle Center) and on the Space Needle. 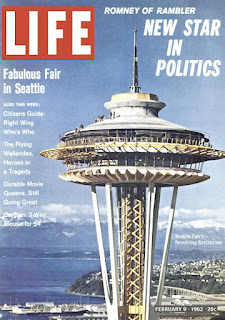 "The place was abuzz with construction workers, cranes and mud," he remembered.  "It didn't look like there was a chance of opening on time.  And then, literally overnight — between April 20 and April 21st — hundreds of workers came in with truckloads of grass, flowers, paving stones, whatever.  By that morning, the World's Fair had been transformed into a wonderland."

Fisher was front and center on the expo's opening day, with tasks that someone with 20 years' more experience would find unnerving.  First up, coordinating from a stage a phone call between the fair and the White House; President John F. Kennedy was going to officially launch the six-month-long event.

In a less benevolent parallel universe, what transpired next could have ended a career, instead of starting one.

"I'm there on the VIP platform, a 20-year-old kid next to Danny Kaye and John Raitt, talking on the telephone with someone from the White House," Fisher said, chuckling. "We're waiting for the President's speech, talking about what the fair is like, what sort of crowd there is, and so on.  Finally, I realized it was about a minute before the President got on the phone.  I said, 'It's a minute to go, is the President standing by?'  And the person I've been talking to for five minutes says, 'This is the President.'  I froze.  After what seemed like forever, he said,'"Isn't it about time I start?'  And I stammered out, 'Yes, Mr. President.'"

Shaken and stirred, Fisher recuperated that evening by attending the fair's opening night concert.  He had four tickets, but no date.  When he asked Raitt and his wife if they'd like to attend, the Broadway star asked if their 12-year-old daughter could come along.

Years later, when Fisher met Bonnie Raitt again, the singer surprisingly had no recollection of their "date."

Then again, classical concerts aren't usually a 12-year-old's cup of tea, even if the concert proved to be one of the more remarkable events of the genre's post-war era.  Pianist Van Cliburn was the opener (!), warming up the audience before Igor Stravinsky conducted the Seattle Symphony Orchestra.  Stravinsky was 80 at the time.

Fisher had great seats, and soaked up everything.

"They had to construct a metal railing around the podium for Stravinsky to lean on, he was so frail," he said.  "I remember that somebody had to help him onto the podium; he was walking so slow, bent over - he looked like he could keel over at any moment."

Fisher continued the play-by-play as one would recall a World Series' seventh game.  "This legendary composer makes his way to the podium, to great applause," he said, "and he picks up his baton as if it weighed 30 pounds.   He raises his hand into the air to begin... and with the downstroke of the baton, Stravinsky's hands and body became that of a 30-year-old.  He swept with energy and enthusiasm through his 'Firebird Suite' — and after the last note, Stravinsky became an old man again.  He put the baton down, and had to be helped off of the stage.

"It was one of the most electrifying moments that I've ever witnessed," Fisher concluded. 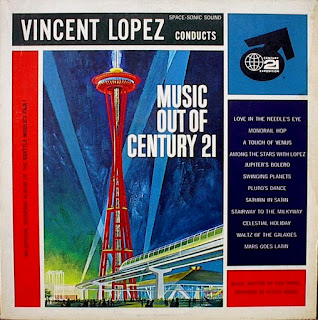 The young liaison was soon caught up in an precedented whirlwind of excitement.  Television had evolved quite a bit since it had been introduced at America's previous exposition, the 1939 New York World's Fair, and a plethora of stars wanted to broadcast from — and be seen at — this grand vision of tomorrow on display in remote Seattle.

In July, Fisher turned 21 as an advance team and B-roll crews arrived in preparation of filming It Happened At The World's Fair.  The movie's star came to town the next month, and Fisher and The King became acquainted during the shoot.

They got along so well, the two went on a couple of double dates; curiously, Fisher had no problem finding accompaniment nearer his own age for those evenings.

"On one of our double dates, Elvis said, 'Let's go out to the movies tonight,'" Fisher said.   "We got into a black station wagon and went to a theater... his entourage arranged for the last rows to be empty.  Obviously, we had to wait for the movie to start, or there would be bedlam — and we had to leave before the movie ended.  The weird thing was, we went to an Elvis Presley movie — Kid Galahad.  Elvis seldom watched any of his own movies.

"It was so surreal," he emphasized.  "Apart from it being a boxing movie, I can't tell you what the film was about, because all I was thinking was, 'Holy cow, here I am sitting in a movie theater, watching an Elvis Presley movie — and sitting next to me is Elvis Presley.'" 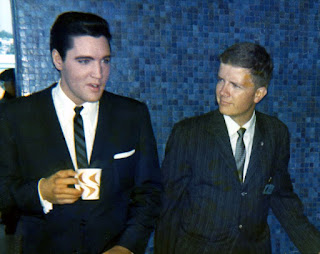 Albert Fisher with Elvis at the fair.

The King cut Fisher's temp job short, providing a stepping stone to the next stage of the young man's career.

Fisher recalled, "Elvis said at one point, 'You should come down to Hollywood when we complete shooting here, you should be the technical adviser."  There was a lot of stuff that was shot on sound stages in Hollywood that were replicas of elements of the fairgrounds.  Particularly the Space Needle; the whole sequence in the movie where Elvis and Joan O'Brien were dining at the Space Needle, that was shot on a stage in Hollywood.  Elvis never went up to the top of the Needle."

Seizing another unbelievable opportunity, Fisher left Seattle for Southern California before the expo ended in October.  It Happened At The World's Fair premiered in April, 1963.

With such remarkable on-the-job training on his resume, Fisher acquired an identical position at the 1964 New York World's Fair, and later served as a consultant to the Montreal Expo.  In between, he kept up the career momentum in Los Angeles that began with his work on the Elvis movie.  Dozens and dozens of projects followed; today, he's the CEO of Fisher Television Productions.

As it turned out, Elvis wasn't the only fateful business contact he made at the base of the Space Needle.

"I met three people at the fair whom I wound up working for," Fisher said.  "First, Ted Mack, who had The Original Amateur Hour; my company now owns that show.  I met Allen Funt, who hired me for work on Candid Camera.  And I met Merv Griffin, whom I worked five or six years for; we were good friends for life."

Not surprisingly, Fisher's noteworthy hobby is world's fair history and memorabilia collecting; though he also has a great fascination for the majestic 1939 fair, the Century 21 Exposition in Seattle is naturally closest to his heart. 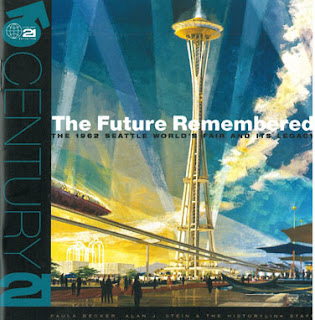 Albert Fisher has loaned over 100 pieces from his vast collection of Seattle World's Fair memorabilia to the event's 50th anniversary celebration.  They are on display at several locations in the Seattle Center, and at the Space Needle.  Additionally, some of Fisher's incredible experiences at the fair are chronicled in the beautiful new book by Paula Becker, Alan J. Stein & Historylink, The Future Remembered: The 1962 World's Fair And Its Legacy (Historylink.org / The Seattle Center Foundation).

Friday at Intermittent Signals: A celebration of the fair concludes as a woman who thrived during the "Mad Men era" remembers the event that helped shape the rest of her life.

Yesterday at Intermittent Signals : 50 Years of Wonder... and Counting

Great post! I just met Albert Fisher and enjoyed hearing some of these stories while looking at a small portion of his collection on the observation deck of the Space Needle today - I was glad to see them compiled here!