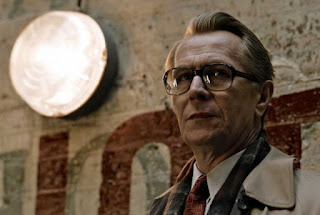 Counting Gary Oldman's unforgettable roles, one will find the tally to be sadly, inversely proportional to his number of Oscar nominations.  One of the finest actors of this or any other era, Oldman's dedication to his craft combined with a lack of vanity has provided him a chameleon's dossier of iconic parts - from a tragic punk rocker and a supremely terrifying Transylvanian to a legendary composer and a rumple-suited, middle-aged police commissioner.  Not to mention a memorable psychopath or two.

Perhaps 2012 will be the year for Oldman's validation, trophy - wise.  In a "Best Actor" field dominated by reserved, even silent roles, his portrayal of John Le Carre's George Smiley in Tinker Tailor Soldier Spy is one of the actor's most understated, yet rivetingly sublime feats to date.

The Seattle International Film Festival group hosted a special screening of Tinker Tailor on Dec. 11 that also served as a brief retrospective of Oldman's work.  After receiving a special award created by Dale Chihuly, Oldman participated in a Q&A moderated by SIFF's Artistic Director, Carl Spence.  As one might suspect, the veteran actor was devilishly charming and humorous, yet gracious and earnest in speaking to a theater full of enthralled fans.

"I don't know if I could have played a character who's quite as subtle as this when I was 25," he ventured.  "I think what I bring to Smiley now, at 53 years old, is 30 years of experience.  And the courage and confidence, I suppose, as an actor to play it that quietly."

Oldman said that he waited a month to accept the job.

"Several great actors have played the part — James Mason, Denolm Elliott...  Alec Guinness is considered by many to have given the definitive performance," Oldman explained.   "When you're walking in the shoes of someone like (Guinness)... it was fear; I was really quite terrified.  It wasn't an easy decision, because of the inevitable comparisons that will be made.  At the end of the day, I treated it rather like an actor would a classical role.   For example, if you're going to play Hamlet, you're going to be compared to all the great Hamlets.  So I said to myself, 'Pull yourself together.' 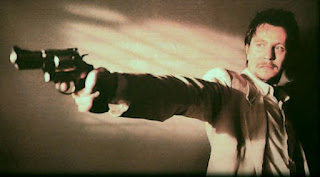 On working with John Hurt:

"I've been a fan of his since before I had the idea of becoming an actor," the actor said without hesitation.  "It was a career ambition fulfilled, really, to work with him.

"When I went to the UK for rehearsals, fittings and things, the part of 'Control' was still up in the air," Oldman recalled.  "I asked, 'What about John Hurt?" and was told he passed (on the offer).  I think he probably felt that it wasn't big enough for him.  And I said, "Well, call him again.  We can't pass this up.'  Fortunately, he said yes.

"I was so nervous on the first day (of shooting with Hurt); I was like a fanboy!"

On his relationship with Swedish director Tomas Alfredson:

"Obviously, there is a following for Le Carre (in the UK) that you don't have here in America, or elsewhere," Oldman observed.  "It's like a Holy Grail, so many revere his work... a few English directors were approached who would not go near it."

The actor had nothing but praise for Alfredson, whom he commended for pursuing Tinker, Tailor — which was his first film project outside of Sweden.  Oldman raved on how well the two were in sync with one another on the set. 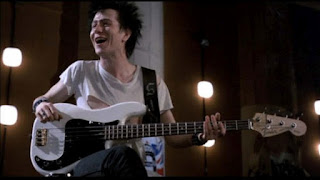 What is the best thing a director can do for an actor?

"I'll give you a very good, specific example," he added.   "The scene where Smiley is zeroing in on the safe house, the meeting place; when he's zeroing in on the mole.  And the landlady takes him up to the room, and he asks, 'What's the procedure, where's the microphone?'   And she shows him, and leaves.  And then it's just Smiley, alone in the room.  It's a very simple scene, on paper.  But Tomas took me aside, and said, "This is where all the betrayal leads.  There are people whose lives have been taken from them because of what went on this room.  It's been contaminated, it's rather like if you went to a gas chamber in a concentration camp.  It's an empty space, but...

"It shifted the perception; it gave me something to walk into the room with," Oldman continued.  "He was wasn't telling me how to play the scene, he wasn't a dictator; but he was giving me another dynamic.  It was a marvelous moment; it just gets you thinking, keeps you alive.  Good directing is knowing when not to say something; sometimes directors, I feel, have to justify their position, and have to get in your face."

Oldman revealed why he hasn't been behind the camera himself, since his smash directorial debut with Nil By Mouth in 1997.

"I've been a single father for the past 10 years," he said.  "It's been my 'project,' which I consider to be my greatest achievement."

Citing the increasing popularity of film production abroad, and in Eastern Europe in particular, Oldman said that he has missed opportunities not only as an actor, but as a director by wishing to stay close to home and his children.  However, he added, now that they've gotten older, he's been toying with the idea of directing again.

Oldman hinted at a possible return to the camera, a "19th century period piece set in the West," perhaps in the next 18 months.

Who's easier to play, heroes or villains?

Oldman recalled iconic baddie Christopher Plummer, opining that the screen legend's "nice guy" role of Captain Von Trapp in The Sound of Music was probably his most difficult.

"I've been very fortunate in my career; I don't think there's another actor who's been as lucky as me.  Sure, you have a work ethic and bring a focus and a commitment and all those things - but to get as lucky as to be in Harry Potter, that's just being greedy."

Posted by Steve Stav at 3:05 AM No comments: