Northwest Rock 101: The times they are a changin’ 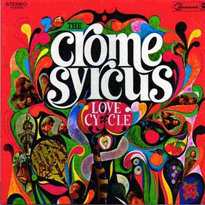 • In 1965, Northwest folkies plugged in, grew their hair and hit the road, and their music would never be the same again.