The Playboy Club Folds, Pan Am Soars and American Horror Story Scares The Bejesus Out Of Us 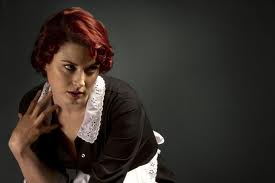 Though a "morality on TV" group or two is claiming victory in the wake of The Playboy Club's plug-pulling, one of the shows biggest problems is that it wasn't provocative enough.  Rival retro show Pan Am's flight crew, modestly attired in the classic blue, is infinitely sexier.   And they've been given considerably better dialogue to deliver.  Not Emmy-worthy, but enjoyable entertainment that's pleasing to the eye and not half-bad filler until Mad Men gets its act back on the air.  Ratings are good; Pan Am's not going anywhere but Paris and back anytime soon. 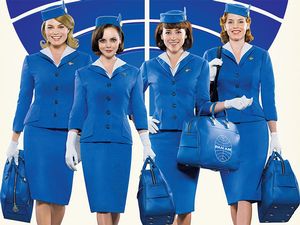 Jessica Lange eschewing the loathed "retard" to refer to a Down Syndrome child in favor of "mongoloid" is one of the least eyebrow-raising aspects of FX's new Amityville Horror-meets-The Shining foray, American Horror Story.  Lange, who plays a once-aspiring actress-turned-crazy-neighbor, will probably win an Emmy on the strength of the show's debut last night.

American Horror Story isn't going to tell any new tales, I suspect, but will frighten and titillate scary-flick fans as it repackages old themes.  "Family in crisis gets a fresh start in haunted house with weird characters lurking about" is a pretty tired formula, but with this cast and some pretty vivid cinematography, the show looks like a winner.  Amazing babe Connie Britton plays the wounded wife; Dylan McDermott stars as the troubled husband who's being seduced by the grandmother-aged maid who appears only to him as a naughty ingenue.

I'll take bets as to when the family finally determines that it might be time to get out. 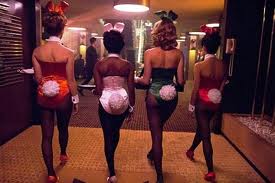