One of this country's great singer-songwriters has lived in the Pacific Northwest most of his life, but a relative few northwesterners recognize Danny O'Keefe's name.   More will recognize at least two of his songs, however.  Jackson Browne covered O'Keefe's "The Road" for his Running On Empty album; what doubtlessly earns O'Keefe even more in royalties is a true American masterpiece called "Good Time Charlie's Got The Blues."

Covered by everyone from Cab Calloway and Elvis to Willie Nelson and Dwight Yoakam, "Good Time" is one of those songs that sticks in your head the first time you hear it.  It's a lonely song about — among other things — loneliness.  O'Keefe's 1972 single was a huge hit, and it appeared on his eponymous sophomore album.

After spending the previous decade honing his craft, O"Keefe seemed to regurgitate all he had learned and observed in a series of 1970s albums for Atlantic Records.  In a period known for songs lamenting the loss of youth — and the loss of the Sixties — O'Keefe's background and signature was at least as authentic as any of his peers.  Indeed, O'Keefe had learned, observed and experienced lot: playing Minneapolis coffee houses a la Dylan (whom he later recorded with); surviving a motorcycle crash that left him seriously injured; performing and recording with Seattle psych-rockers Calliope, and briefly joining in a California migration of Seattle/NW musicians — a motley assortment of folk, rock and psychedelic-rock artists that included the Daily Flash and future members of Moby Grape. 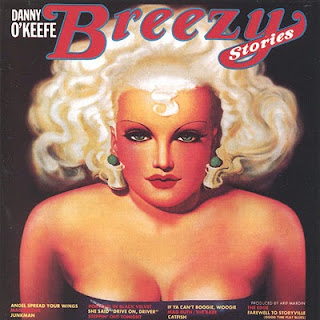 What's always stumped me is why the masses haven't acknowledged O"Keefe's remarkable, distinctive voice.  Too many of his songs seemed to go straight from his amazing pipes to the likes of Ute Lemper (!) and Mel Torme (!), without mom 'n' pop America hearing the original version.  Sure, he hasn't been ultra-consistent with album output... however, from O'Keefe and Breezy Stories to So Long Harry Truman and The Day To Day — among others — this songwriter's songwriter has recorded a sizable catalog of compelling material.  He continues to do so; O'Keefe's In Time was released in 2008.

Merle Haggard once recorded a great "Good Time Charlie's Got The Blues," but I would hazard a guess that he — and even Elvis — would've insisted O'Keefe's original was the best.  It remains the singer's calling card, and for good reason.

Danny O'Keefe has started to accumulate some fascinating and moving memoirs, short stories and poems on his website.

My 2001 interview with O'Keefe about his career and his passion for promoting songbird-friendly coffee can be found in this website's Aural History archive. 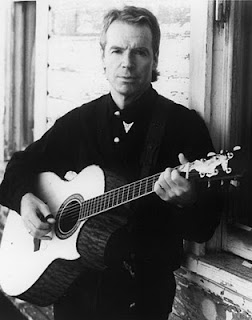