Jazz Impressions Of A Boy Named Charlie Brown To Be Reissued on Vinyl, CD 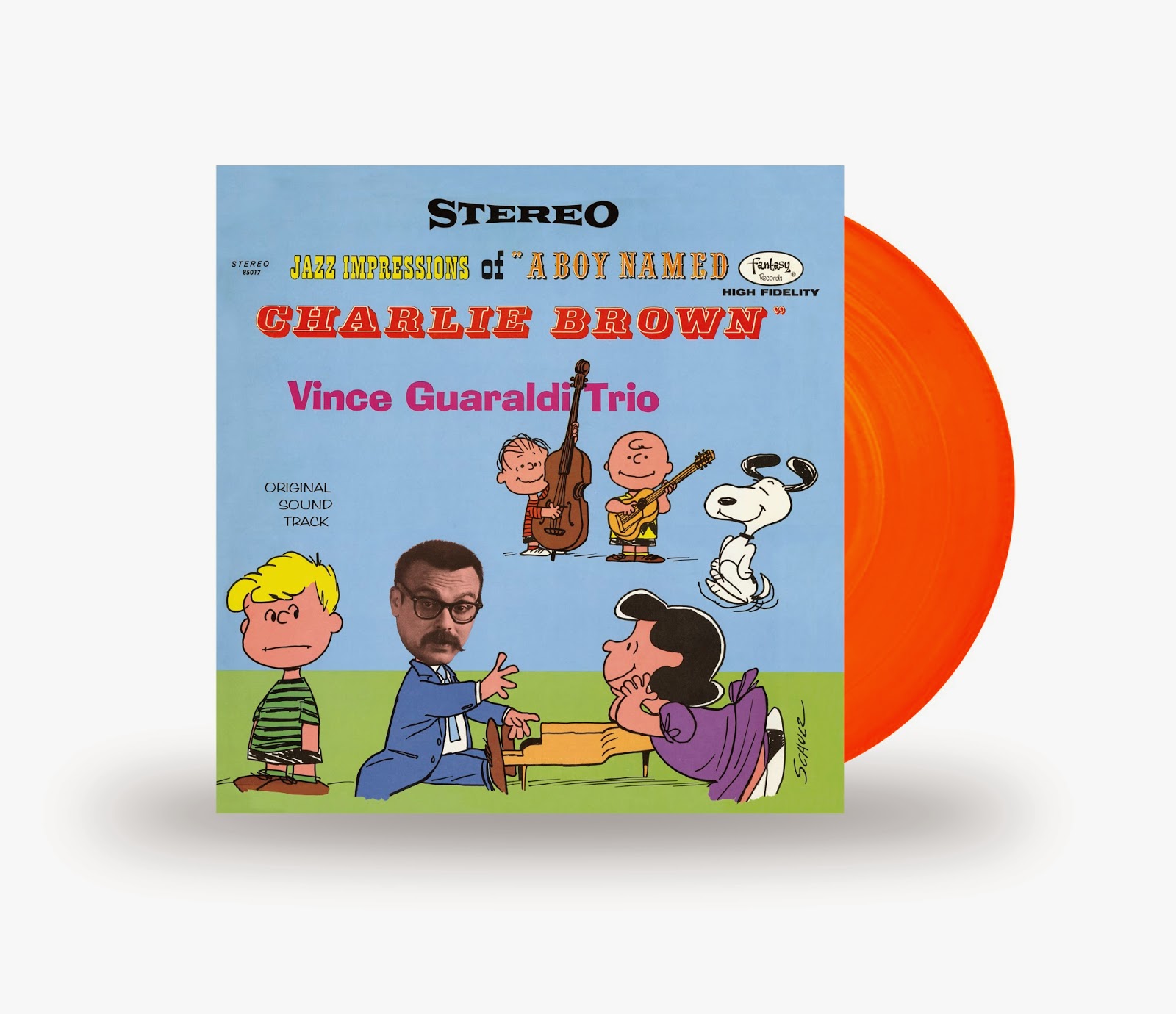 Jazz Impressions of A Boy Named Charlie Brown... I've had this album for years, and can't wait for a 50th Anniversary upgrade hitting shelves on May 13.  What a historically significant record, in both the realms of television/pop culture and music.  The press release covers all the bases:
From Concord Records, via Conqueroo PR -
"LOS ANGELES, Calif.— Most of us recall A Charlie Brown Christmas — the classic animated special that originally aired on network television during the holiday season of 1965 — as the moment when pianist Vince Guaraldi first breathed life into the entire Peanuts gang with a series of compositions that have since become as iconic as the characters themselves.
But a year earlier, Guaraldi had scored a Peanuts TV special of an entirely different kind. After the success of A Man Named Mays, a documentary of San Francisco Giants center fielder Willie Mays, TV producer/director Lee Mendelson set out to tell the story of another ball player who had soared to similar fame during that same era: the hapless but resilient sandlot underdog, Charlie Brown. The result was A Boy Named Charlie Brown, a 60-minute documentary about Peanuts creator Charles M. Schulz.
A limited edition, collectible vinyl reissue of the original 1964 Jazz Impressions of a Boy Named Charlie Brownsoundtrack is set for release by Fantasy Records via the Concord Music Group on May 13, 2014. As adoring fans of both Guaraldi’s and Schulz’s work, Concord has proudly put significant effort into faithfully restoring all components of the LP with a special bonus: orange vinyl. The reissue comes complete with Schulz’s classic, quirky design, historic liner notes in a gatefold jacket, and reproductions of 8 x 10 lithographs of Peanuts characters.
A reissue of A Boy Named Charlie Brown will also be made available on CD. Enhanced with 24-bit remastering by engineer Joe Tarantino and brand new liner notes by Peanuts historian Derrick Bang, the release marks the 50th anniversary of the original Fantasy soundtrack to the television documentary with one of the most interesting backstories in entertainment history.
Due to the whims of network programmers at the time, A Boy Named Charlie Brown never aired. Even an alternate version edited down to 30 minutes wouldn’t sell. Nevertheless, Fantasy forged ahead with the 1964 release of the documentary soundtrack — originally titled Jazz Impressions of a Boy Named Charlie Brown, but later shortened in subsequent pressings — without the cross-promotional support of its television counterpart. Regardless of the project’s hamstrung origins, Guaraldi’s compositions, augmented by bassist Monty Budwig and drummer Colin Bailey, paint an evocative backdrop to Schulz’s cast of engaging and enduring characters.
'Consider the historical irony,' says Bang. 'This must be one of the few times (the only time?) that a record label has released a soundtrack album for a film never granted public exposure.'
Among the nine tracks from the original Fantasy recording is the now-iconic “Linus and Lucy,” which eventually made its way to prime-time television a year later in the soundtrack to A Charlie Brown Christmas, which aired on the CBS network in December 1965.
'It just blew me away,' says Mendelson of the first time he heard the song. 'It was so right — so perfect — for Charlie Brown and the other characters … I have no idea why, but I knew that song would affect my entire life. There was no doubt in my mind that if we hadn’t had that Guaraldi score, we wouldn’t have had the franchise we later enjoyed.'
But 'Linus and Lucy' is just a part of the larger palette that is A Boy Named Charlie Brown. Bang notes that “music historians familiar with early 20th century honky-tonk rags no doubt smiled the first time they heard ‘Oh, Good Grief,’ a familiar melody that had been used in other pop contexts prior to being ‘borrowed’ by Guaraldi …'
Elsewhere, the waltz-time 'Baseball Theme' originally served as a backdrop to a sequence in the documentary devoted to Charlie Brown’s ill-fated efforts on the pitcher’s mound. “Jazz fans will appreciate this remastered edition’s special treat: an alternate take of ‘Baseball Theme,’ whose gentler tempo more closely approximates the version heard in the documentary,” says Bang. 'Guaraldi’s keyboard chops are prominent in both versions, of course, but note how remastering engineer Joe Tarantino has brought up Budwig’s equally deft bass work.'
Unfortunately, we can only speculate how the album’s remaining tracks were employed in the film’s longer edit, which included numerous celebrity appearances. Bang suggests that “‘Pebble Beach,’ a joyful bossa nova piece with a piano bridge, no doubt augmented golf legend Arnold Palmer’s unused segment. The delightfully bouncy ‘Freda (with the Naturally Curly Hair)’ obviously would have accompanied one of that narcissistic little girl’s animated appearances.'
Is there a point on the creative landscape where disparate art forms like comic strips, animated cartoons and jazz can intersect? Ralph Gleason suggested in his liner notes to the original 1964 recording that Guaraldi had found such a place: 'He took his inspiration from the creations of Charles Schulz and made music that reflects that inspiration, is empathetic with the image and is still solidly and unmistakably Vince Guaraldi.'
Gleason added: 'Jazz is a music of individualism. As such, it is truly a music of people, not styles. Each person develops his own sound, his own voice, his own musical personality, which in some is expressed only in their own playing. With Vince, the personal sound, the personal voice and the individual musical personality is expressed not only in his playing but in his composing as well.'
'All the characters in Peanuts are artists confronted with the illogical, blind and mechanistic world. It was natural that Vince Guaraldi’s music should fit so well.'"
Vince Guaraldi Fans on Facebook - https://www.facebook.com/VinceGuaraldiFans
Posted by Steve Stav at 5:22 AM