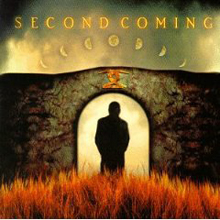 • With two years of litigation now behind them, local hard rock heroes Yanni Bacolas and Travis Bracht get a few things off their chests.