Fellow with a Gun 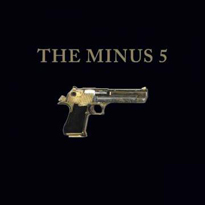 • An interview with one of Seattle's godfather's of rock, Scott McCaughey.