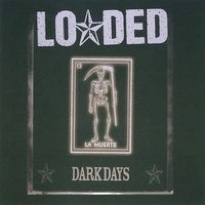 
Unlike-some other former chart toppers, Dave Dederer's picture won't ever be found under a tabloid headline like "Bloated, broke, rock-star has-been jailed for..." Like his friends Chris Ballew and Jason Finn, Dederer has weathered the descent from The Presidents' mid-'90s stratospheric heights remarkably well.
They've all continued to play music in the town where it all started — Seattle, of course. Ballew with his Giraffes, Tycoons and the Chris and Tad Show; Finn has drummed in more bands than Hal Blaine, including a brief return to his first well-known gig, Love Battery; and Dederer (who recently became the father of a baby girl) has dabbled in several sonic excursions, the most adventurous being a trial alliance with Ballew and fellow Seattle icon Sir Mix-A-Lot in Subset.
The soft-spoken, highly intelligent guitarist's latest venture has had more names than a dummy corporation. Initially an acoustic duo experiment with another old Jet City acquaintance — former Guns 'N' Roses bassist (and current college freshman) Duff McKagan -- Dederer's brainchild has (at least temporarily) mutated into something a bit more meaty.
I spoke to the rocker/family man last week to discuss recent changes in the group's formula.
SS: I've found very little information on the Gentlemen...

Dederer: There is very little information available... to start with, there is a band in Boston called the Gentlemen, made up of members of the Figs and some Boston indie rock legend, and they've told us in no uncertain terms that we're not to use that name anymore. So I think that we're going to go with "The Gents."
SS: Not the "Capo Brothers"?

Dederer: The Capo Brothers is out, it's received unanimous disapproval from everyone that's not me and Duff.
SS: At first, you were the Uptights.

Dederer: Well, the Uptights were a different band, a band that I had that Duff wasn't in. But Jeff Wood, who is playing with us in the Gents, was in the Uptights.
SS: Are you playing a six-string guitar? [Dederer is noted for playing a three-string "guitbass" during his Presidents tenure.]

Dederer: Oh, yeah. I play a little acoustic guitar with a pickup in it, and Duff plays an actual electric guitar -- he's a rocker.
SS: So when did the Uptights end and the Gentlemen begin?

Dederer: Well, the Gentlemen began this fall, for NXNW. I was talking to a guy, Ron Sievers, who runs a little record company called Orange Recordings. My old bandmate Chris Ballew has put out a couple of records with him; Jason Trachtenburg has as well. I was talking to [Sievers] about putting out an Uptights record, and he [Orange] had a showcase at NXNW. The Uptights really wasn't happening -- I wasn't very excited about it -- so I agreed to do the showcase myself, just me and an acoustic guitar. The Giraffes -- one of Chris' bands -- and Trachtenburg was playing, so it was going to be a bunch of friends playing there.
I had been hanging out with Duff over the past few years, and he has all these songs that I like that I felt should be played in a quiet, acoustic environment. I managed to twist his arm... I had been trying to get him to do this for about a year and a half -- just the two of us, we'd learn to do some songs on guitar and play them, it would be really mellow, we'd be sitting down.
So this was a goal to work towards -- I said, "I've already got this gig booked, let's do, it." So we did it together. It was really fun, we had a good time and the songs sounded great. We had a good response from the audience, and we were asked to play SXSW, which we did. We've played seven, eight times in the last five months, we've really enjoyed it.
SS: So this a strange modern-day version of the Everly Brothers...

Dederer: [Chuckling] Oh boy, I wish. I wish our harmonies were that fabulous. For me, this was born out of a desire to hear some of Duff's songs in an acoustic environment, so we do half his songs and half my songs in a set. We played five or six gigs with two guitars, sitting down you know, real quiet. Duff's a punk rocker at heart -- he was the original drummer in the Fastbacks, as any Seattle rock-trivia buff would know -- and he wanted to hear more noise onstage, so we've got Finn back there now tiddling away on drums, and Jeff Wood is playing keys and bass.
SS: What is Wood's pedigree?

Dederer: Jeff was in Gerald Collier's band. Gerald had a really good band for about nine months and Jeff was in that group. He's in Acetelyne and one other band I can't remember -- he's just a great musician, a nice guy.
SS: With your songwriting style alongside Duff's, what is the onstage result like?

Dederer: A lot of my songs are not in the "Presidents" vein -- they're darker and more melancholy. And his songs are quite brooding, most of them. He's a sober guy, and has been for six or seven years and went through a lot to be sober. I think a lot of his songs are about that transformation.
You know what I want it to sound like, I want it to sound like some of those really good Gordon Lightfoot records that Lenny Waronker produced -- for example, "If You Could Read My Mind," that whole record is great sounding. To me, that's what I want it to sound like. It's fairly spare, it's not very loud, we do one rave-up at the end. It's pretty mellow, especially compared to the other band that Duff and I are working with now, which is scary and aggressive...
SS: Which is what?

Dederer: It's called Loaded. We're just finishing up a record that will be released in Japan this summer. Then" hopefully in Europe, Australia... we'll see if it comes out in the U.S. or not.
SS: I wasn't a big fan of the Presidents, though I thought that your last record was great...

Dederer: The one that we put out last fall? ["Freaked Out And Small."] I think that that was our best record.
SS: But from a spectator's point of view, the Presidents' career was one of the most interesting in modern rock history. Coming out of nowhere, taking off like a rocket -- you were on top of the world -- and then this gentle landing, with all of you still in music... though keeping a much lower profile. You're all very normal; you didn't develop any rock-star egos.

Dederer: I think it's because the Presidents was one of these little things that we had been doing since we were teenagers. We were just continuing to do what we had been ding all along; it just so happened that one of those things -- the Presidents -- became huge. Because we found the magic with that one combination, it became incredibly successful. We had the right thing at the right time and at the right place -- it had a life of its own. It was certainly nothing that we tried to create -- we didn't have a manager until record labels started approaching us; we didn't have a demo tape.
It was just another one of those "Hey, let's start a band" deals. Three months after "let's start a band" we were playing the Crocodile on a Friday night -- and there were like 800 people in there, with another 500 or so outside trying to get in. It was one of those magical things that you could never try to create -- or re-create... and I don't ever expect that to happen again with any other band that I'm in. As far as what we're doing now, it's just like what we were doing with the Presidents, and before the Presidents -- we're just playing music with people we like, and enjoying ourselves.
[Dederer and McKagan eventually named the band Loaded -- ed.]
Loaded • Dark Days • 2000 • Pimp Records